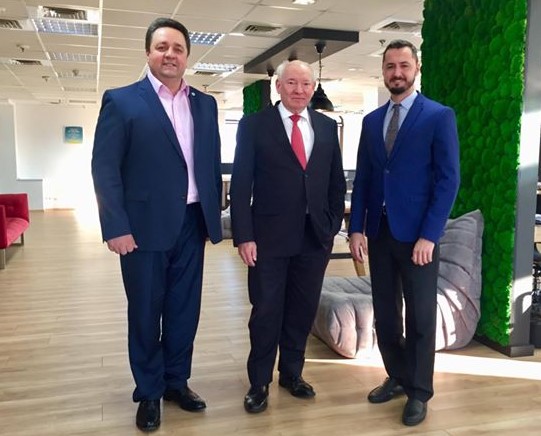 On 16 November 2017, Roman Opimakh, Executive Director of the Association of Gas Producers of Ukraine, had a meeting with Hans Jochum Horn, the new Chairman of the JKX Oil & Gas Board, and Viktor Gladun, General Director of JV Poltava Petroleum Company.

Here are three interesting facts about the production sector in Norway from Hans Horn:

Hans Jochum Horn, Chairman of the Board since 24 October 2017, holds an MA in Accounting and Auditing from the Norwegian School of Economics, as well as an MBA from the University of Mannheim, Germany. Mr. Horn is Chairman of the Norwegian Association of MBA Graduates and the founding member of the German Chamber of Commerce in Russia.

Mr. Horn has been a frequent advisor to governments and regional authorities in the CIS and Africa.