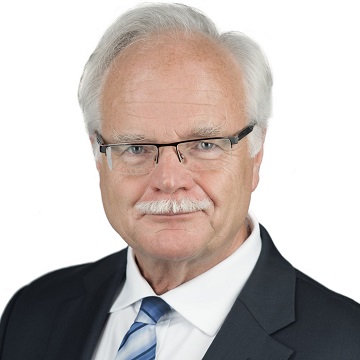 JKX Oil & Gas plc is pleased to announce the appointment of Christian Bukovics as an independent Non-Executive Director of the Company. This appointment is made with effect from 9 February 2018.

Christian Bukovics has 37 years of upstream oil and gas experience. Since 2013, Christian has worked with small cap E&P companies and is currently a director at AEEV Ltd, pursuing low-cost onshore oil opportunities in the CIS.

Until 2013, Christian worked for Shell for 33 years, based in eight countries on four continents. From 2006 to 2013 he was Exploration VP for Russia and the CIS region, a member of Shell’s global exploration leadership team and board chairman of CMOC during part of that period. Earlier roles included VP Commercial for Global Exploration, GM Shell Technical Services Iran and GM Shell Temir (Kazakhstan).

Mr Bukovics will join both the Nomination and Remuneration Committees.

Commenting on the announcement, Hans Jochum Horn, JKX’s Chairman, said, “We are delighted that Christian has agreed to join the Board. He brings a huge wealth of relevant experience and his appointment further strengthens the independence of the Board. “

As previously announced, the Company will shortly be calling an EGM to allow shareholders to show their commitment to the composition of the new board.