February 26, Kiev – Viktor Gladun, the CEO of JV “Poltava Petroleum Company” during an interview with Rating magazine, reviewed PPC operation in terms of the industry reformation, identified the company’s priorities and shared his views relating the prospects for public-private partnership. 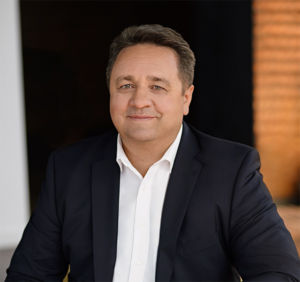 A significant part of the interview is devoted to the results of PPC`s 25-year operation. The CEO noted that since 1994 the company has been attracting international expertise, advanced technologies and the best business traditions. Over 25 years PPC produced 7 billion cubic meters of gas, drilled 80 new wells, made more than 150 workovers. Moreover, the company has been actively attracting the latest technologies in gas production: PPC was the first to carry out ЗD seismic survey, 10-stage hydraulic fracturing, drilled the longest horizontal (over 1 km long).

Relationships with local communities were not overlooked. Victor Gladun spoke about PPC`s policy of good citizen, which is based on transparency and fairness: the company holds public hearings, monitors the impact of its activities on the environmental situation, implements projects both within the framework of social agreements and philanthropy.

“First of all, we are advocates of investments in Ukraine`s economy. We consider ourselves a successful company and we are convinced that there should be more than a dozen of such private extracting companies – at least several dozens,” said Victor Gladun.

While describing public-private partnership, the CEO said: “We have the experience, investments and technology. If our colleagues cannot use the potential of their licenses or due to lack of interest they plan to start working in a dozen years at best, we are ready to consider participation in such projects. Thus, they will begin to make profit within a few months, the state will receive additional gas extraction, as well as income from rent payments, the citizens will receive jobs, and our enterprises will receive profit.”

Interview with Victor Gladun for Rating magazine is available below: