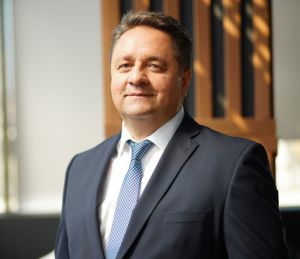 June 19, London – According to the results of the Annual General Meeting of shareholders of JKX Oil & Gas plc (hereinafter – JKX), a decision was made of 99.9% of the votes on the re-election of Victor Gladun as the Executive Director of the Board of Directors of the JKX group of companies.

JKX announces the adoption of 1,2,3, 4,5,6,7,8,9 and 10 ordinary Resolutions and 11 special Resolution. During the vote, Charles Valleskini, Chairman of the Board of Directors, independent non-executive directors Tony Alves and Rashid Javanshire, as well as non-executive director Michael Bakunenko, were re-elected. This decision is published on the website of the London Stock Exchange.

“We are pleased that we were supported by 99.9% of the votes of JKX shareholders. We are grateful for the approval of the results of our work and trust over the past year. Together with the Board of Directors, we continue to work on the sustainable development of JKX in difficult market conditions, ensuring the liquidity of the Group and implementing previously adopted strategic decisions, ”said Victor Gladun, CEO of JKX.