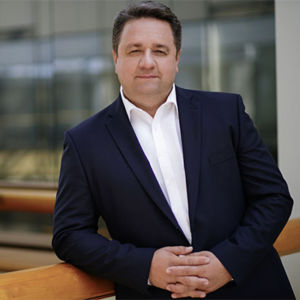 London, 20 September 2019 – The Board of Directors has appointed Victor Gladun as Chief Executive Officer of JKX Oil & Gas plc (hereinafter – the Company). This announcement was published on the website of the London Stock Exchange.

“Despite the collapse of natural gas prices, JKX Oil&Gas shows an increase in production and positive economic performance, which largely have been ensured by an increase in JV PPC production. We will continue to invest in the sustainable development of the Company with the professional support of the Company’s Board of Directors, as well as the JKX and PPC’s teams,” – Victor Gladun said.

Victor Gladun has been the head of the JV PPC since 2016. During this time (2016-2019), PPC overcame the negative effects of the decline in production and set the growth trend.

Since December 2016, JV PPC has drilled 4 new wells and 3 side-tracks, performed 29 workovers and production enhancement operations. In 2018, PPC established successful partnerships with NJSC Nadra Ukrainy, PJSC “Ukrgazvydobuvannia” and PJSC “Ukrnafta” and manged to get access to a number of abandoned or suspended wells located at the licenses of the PPC. Successful work on these wells has contributed to an increase in production.