Poltava Petroleum Company published its report for 9 months of 2020

October 16, Poltava – For 9 months of 2020 JV Poltava Petroleum Company (hereinafter referred to as JV PPC), against the background of a general decline in hydrocarbon production, increased oil and condensate production by 2%, drilled 2 wells and 2 sidetracks and completed 6 workovers. The company was also one of the first in Ukraine to use the technology of plunger-lift systems that increase production efficiency. 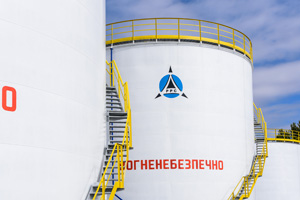 During the period from January to September 2020, the Company produced 184.4 million m3 of natural gas and 35.6 thousand tons of oil and gas condensate.

Compared to the same period last year, the average daily level of oil and condensate production increased by 2%, but gas production decreased by 12%. The decline in hydrocarbon production rate occurs due to a decrease in the drilling of new wells. We would like to remind that the investment plan was cut due to the decline in prices, which makes drilling projects unprofitable, as well as due to a decrease in demand for hydrocarbons.

Since the beginning of the year JV PPC has drilled 2 new wells, drilled 2 sidetracks and 6 workovers.

In the third quarter, the Company managed to halt the rate of decline in gas production, which took place during 2020, due to the successful perforation of well Ig-142 (Ignatovskoye field). Also, in the third quarter of 2020, JV PPC completed the overhaul of the well of the Rudenkovskoye field. A decrease in the rate of production decline is associated, in particular, with the installation of plunger-lift systems (Epic Lift Systems), this technology was one of the first in Ukraine to be used by the joint venture PPC, timely cleaning of paraffin formation and the use of technology to combat salt deposition in tubing.

For 9 months of 2020, the JV PPC counted 230.9 million hryvnias in rent to the state budget of Ukraine, of which 11.5 million hryvnias were directed to the local budgets of the Poltava region.

JV Poltava Petroleum Company is a Ukrainian-British joint venture that was established in 1994. JV PPC is one of the leaders among the non-state oil and gas companies in Ukraine. The company’s field of activity is the search, exploration, production and treatment of oil and gas.

JV PPC is a 100% subsidiary of JKX Oil & Gas plc, which has been listed on the London Stock Exchange since 1995.